As my readers know, my work with hypnotherapy and past life regression began in 1968. In the early years of my investigations and research, I focused on exploring past lives to retrieve valuable information lost through the ages, as well as to find solutions to my subjects’ emotional and physical problems. But in 1985, I attended my first MUFON (Mutual UFO Network) meeting, opening the door to my own research on UFOs.

I have always been interested in UFOs, often called “flying saucers,” which I later learned could take many forms, including the classic saucer shape. After reading some of the seminal literature on the subjects, I was most impressed by Betty and Barney Hill’s UFO experience that took place in the 1960s. This was the first so-called abduction case. After weighing the pros and cons, I was convinced there was something real occurring in our skies that could not be explained away by the skeptics of that time, or this one. 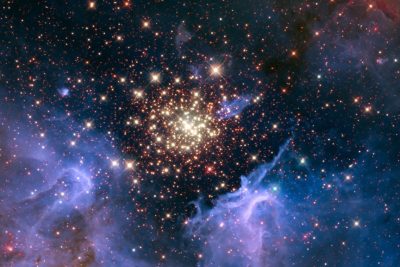 Even as a teenager in the late 1940s and early 1950s when the first accounts of UFOs were made public and generally met with ridicule, I felt there might be something momentous happening. Over the years, I maintained an interest in the subject, but I never imagined at the time I would end up communicating with alien beings, or Extraterrestrials, from other dimensions, planets and spheres of existence.

Although investigating UFOs and alien abduction cases was new to me, I didn’t think I could find anything more surprising than what I had already witnessed with my subjects: a man dying during the atomic bombing of Hiroshima, an actual observation of the crucifixion of Christ, or my direct conversations with Nostradamus himself. But I would have to expand my horizons and adjust my method of hypnosis through trial and error.

I knew I wanted to explore UFOs and abduction cases further, but I also knew I would have to come to terms with my own trepidations. At least since the time H.G. Wells’s classic Sci-Fi tale The War of the Worlds was published in 1898, society has been influenced by science fiction books and movies that portray terrifying aliens bent on conquering Earth. Out of fear, these creatures were presented as a threat to mankind, not as they truly are.

How could I keep these feelings from being transferred to the subjects I worked with? When a subject is in a hypnotic trance, they are more aware of everything, including the mindset of the hypnotist. With curiosity and an open mind, I tailored my hypnosis technique for working with subjects who have encountered UFOs and their Extraterrestrial occupants.

What I found was astonishing evidence of the existence of UFOs and the aliens that have watched us since the beginning of human life of Earth. Many types of Extraterrestrials, who seeded life on our planet, continue to watch over us and monitor our development. What could be more logical than that?

More about Dolores on Google+