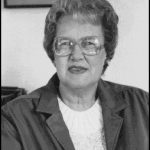 Dolores Cannon on her first book, FIVE LIVES REMEMBERED: “This book is the story of a hypnotic experiment into the phenomenon of reincarnation. It occurred in 1968 and was conducted by a group of ordinary people. It was an adventure that was to have a profound effect on their lives and their thinking for all time. I thought it would do a great deal of good to share what we discovered with others. Others, who like ourselves at the time, were … END_OF_DOCUMENT_TOKEN_TO_BE_REPLACED

The newly created Expanding Human Consciousness Expo 2018 will take the place of the Ozark Mountain Transformation Conference this year from August 3-5 at the Best Western Inn of the Ozarks in magical Eureka Springs, Arkansas. More than a conference, the newly created Expanding Human Consciousness Expo is intended to be a gathering of like-minded individuals who want the shared experience of diving deep into the mysteries of our universe … END_OF_DOCUMENT_TOKEN_TO_BE_REPLACED 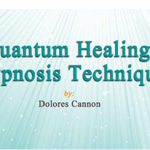 Dolores’s Daughter, Julia Cannon Continues Teaching QHHT® Worldwide We’re excited to share that I along with Quantum Healing Hypnosis Academy approved practitioner facilitators Suzanne Spooner and Jane Ishii will teach several QHHT Classes throughout Australia this October and November! Our QHHT Classes kick off with the QHHT Level 2 Course in Brisbane October 26-29. After some real life experience practicing QHHT you may wish to broaden and … END_OF_DOCUMENT_TOKEN_TO_BE_REPLACED 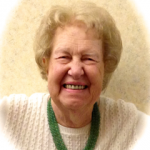 What is reincarnation? For thousands of years, before the Dark Ages, in the ancient civilizations of Egypt, Greece, and India, as well as cultures all around the world, reincarnation was a foundation of religion and spirituality. Now in the 21st Century, billions of people in the East and West believe in reincarnation and life after death. Reincarnation drives human evolution. When a spirit or soul achieves human consciousness, it can never … END_OF_DOCUMENT_TOKEN_TO_BE_REPLACED 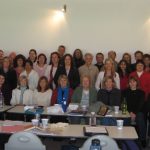 For those of you interested in learning about Past Life Regression and my Quantum Healing Hypnosis Technique℠ by taking my hypnotherapy classes online or in person, or if you are just curious, here is a brief overview of how I perform and teach QHHT®. Past Life Regression requires trust between the practitioner and the subject, so the initial interview of the person being regressed is very important to condition the subconscious mind to … END_OF_DOCUMENT_TOKEN_TO_BE_REPLACED 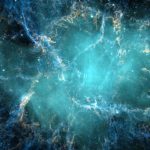 It takes a long time for consciousness to reach the human stage of development. Nothing valuable is ever learned easily or instantly. It has to be a gradual process. When you become human, you have to incorporate what it is to be everything. Once consciousness incarnates in human form, we have to learn what it is like to be every kind of human: both genders and every race. If you think about it, how could you possibly learn about everything it … END_OF_DOCUMENT_TOKEN_TO_BE_REPLACED